The new home of the BX16V.com Forum

General chat concerning anything that is not BX 16v related.
Post Reply
105 posts

i finally got some time to update the Phase 6 story!


this update shows a lot of development and testing: 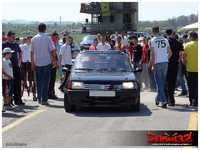 and the car makes it's first public outing!


you can find the third part of the story (with 45 new pics) on THIS PAGE.


a daylight testing video and an in-car video coming soon!

and here are the two videos i mentioned 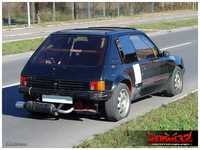 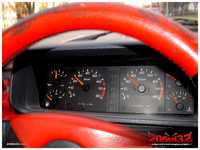 I like that alot, how quick does it feel against a normal Mi 205?

quite a bit quicker

no, really, one has to experience it!
http://www.205gtidrivers.com
Top

can i have a go please

Any plans to take it on tour?
Top

and finally, the last update of the Phase 6 story!


it's quite an eventful and exciting one as we get to test the car at an airstrip: 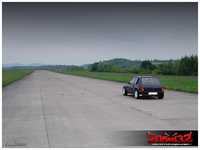 and discover there are a few problems, just a couple of days before the drag race!


luckily, we manage to get everything ready in time for the race: 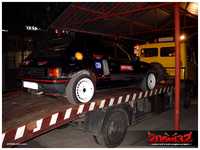 and close another chapter of the 205 Mi32 project, a year down the line of starting it!


you can find the fourth and final part of the story (with 23 new pics) on THIS PAGE.

video of testing in a safe environment, at a secondary airstrip of Mahovljani airfield
near Banja Luka. the front clutch was severly slipping and the rear throttle wasn't
opening fully, so measurements were unsuccessful 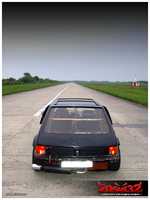 
the first event story in there is: 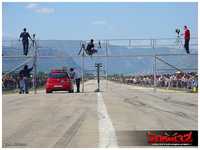 1st round of qualifications: against friend's 405 Mi16, the 205 Mi32 ran 14.13 secs
(including reaction time) with quite a bit of potential left, which qualified us for
the 14 secs class, which was what we wanted.

2nd round of qualifications: lined up against a 282 n/a bhp Civic. setting off on
red-light so we'd get an ET for a full throttle run without reaction time, but still
stay in the 14 secs class. The result was 13.42 secs - pretty much what we had been
expecting a year ago when we started the project.

1st round of race: against a mk1 Golf VR6 with NOS - my father messed up a gearchange
into 2nd gear, but still gave the golf a run for his money and made him break into
13 secs class while we continued competing in the 14 secs class.

2nd round of race: against a very fast mk1 Golf with an unknown engine - my father
wasn't lined up properly and thus triggered the red light with the smallest of car
movement, before he actually got to start. we placed an appeal but in the end they
didn't make a re-run so that was the end... pretty crap way to end it but that's life 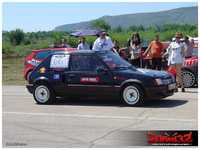 anyway, all-in-all, we're sattisfied with the result, seeing it was only a single try
and we actually still had a little bit of problems with front clutch slipping and rear
throttle not opening fully, which together with a few tweaks should see the car run
very low 13's (without reaction time) on the next race!


you can see the full picture story (with 40 pics) on THIS PAGE.

does sound good!!!
well done on finnally finishing it!
Timmo

After all i am the Cornish one!

Its Because its French!
Bx16v club - Sharing the love for the unloved!
Top

and here's the video that goes along with the story 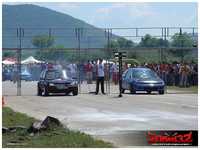 excellent video! just a pity you had some bad luck!

the work continues with a new chapter!


in this update we construct side air-intake scoops: 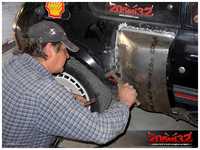 fit coilover front suspension and leave for another race: 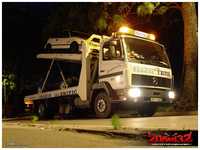 you can find the first part of the Phase 7 story (with 40 pics) on THIS PAGE.

the report from 402 Street Race in Belgrade coming very soon!

Return to “Everything Else”