The new home of the BX16V.com Forum

General chat concerning anything that is not BX 16v related.
Post Reply
105 posts

and here's the story about the 2nd event of the season: 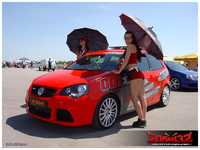 - in the 1st round of qualifications, we were lined up with Honda Civic and then
in the 2nd round we ran against an BMW E30 with an M5 engine. we qualified
to race in 14 secs class.

- the 1st round of the race was against a Suzuki Maruti with mid-mounted engine
and it was an easy win for the 205 Mi32.

- the 2nd round was against an Opel Kadett with C20LET turbo engine - a comfortable
win again.

- the 3rd round was against a tuned Civic Type-R - another easy win, but father was
a 10th of a second quicker than he should have so he broke into 13 secs class.

- after breaking into 13 secs class, the 1st round was against a Porsche 911 of
some sort (40 years edition). i thought this was going to be very tight but the
Porsche ate the dust! The crowd loved it and i was "going through the roof"!

- the 2nd round was against an old 7-series BMW with a tuned 3.5 turbo engine
and dual Nitrous system. the BMW won and he was really lucky too - only .004
of a second faster and he would have broken into 12 secs class (which would
leave us as a winner in this race). 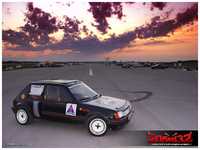 1st round of qualifying - two cars, four engines :-D. the twin-engined Golf has yet
again been the only car in 11 secs class, the previous day. 2nd round was against
an Opel Corsa with mid-mounted tuned Audi 2.7 bi-turbo engine and Nitrous, winner
of 12 secs class the previous day. we decided to qualify straight for the 13 secs
class this time as we'd probably end up in 13 secs class sooner or later anyway.

that was the early end of the day two but still, we were very sattisfied with the
car's performance (more than the driver's anyway ;-)) - it managed 13.192 secs ET
on saturday (and i'm sure i've seen 12.8xx too, but that has been edited later?!).


anyway, we are planing to definitely break into 12's on the next race that should
have taken place this weekend but it was postponed for 3 weeks due to bad weather. 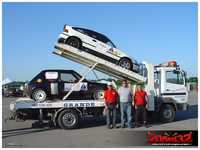 you can see the full picture story (with 66 pics) on THIS PAGE.

here's the race video - i hope you'll enjoy watching it! 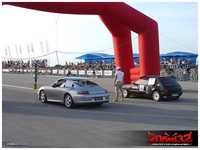 
many thanks to Nemanja Zutic aka Zule from StreetRaceForum.net
for providing half of the video footage used in this video clip!
http://www.205gtidrivers.com
Top

After all i am the Cornish one!

Its Because its French!
Bx16v club - Sharing the love for the unloved!
Top

it's been quite some time without updates, so it's time restart them


in this update the pug gets a "cooler" 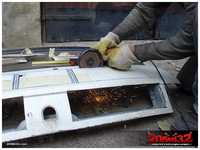 we also relocate the battery, fit new side mirrors and leave for another race: 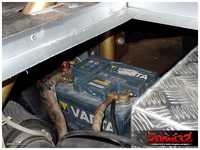 you can find the second part of the Phase 7 story (with 45 pics) on THIS PAGE.


the report from (a not so successful) 402 Street Race in Velika Gorica coming very soon!


and some more great news: 205 Mi32 has been thoroughly tested & homologated
for road use, with the new name and all the mods noted in the car's papers!

and here's the story about our 3rd event of the season: 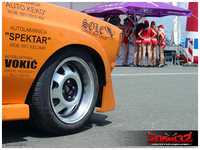 - qualifications (only one run available) - against a tuned Honda Civic. we hadn't
synchronised the clutches after the trip, so the result wasn't great, but we manually
chose to compete in the 14 secs class.

- the first round of the race in 14 secs class was against a Fiat Coupe Turbo.
unfortunately, my father made a huge tactical error - although he had a large lead,
he completely misjudged the finish line so he let the throttle off way before the end
of the race and hence bizzarely lost by 0.1 secs!


later during the day, the race was cancelled due to a storm (continued tomorrow
morning) so we decided to head back home and come back in VG in the morning. 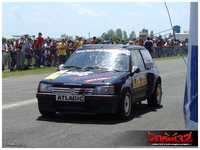 - in today's qualifications, we were lined up with a very fast RS4-engined Audi A4.
we again opted to run in 14 secs class.

- the first round was against an Audi S3 and it was quite an easy win.

- the 2nd round was against a mk3 Golf VR6 Turbo. this was also going to be an
easy win... but the first mechanical problem of this season happened - one of the
guides for the rear shifter rod fell out and the introduced play in the linkage disabled
the selection of the 3rd gear


this was obviously a very bad race weekend for us and we didn't meet our expectations,
but we'll have another chance soon... 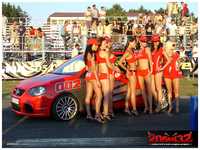 you can see the full picture story (with 19 pics) on THIS PAGE.

after a long delay due to tiredness caused by heatwave (about 40'C for two weeks!)
and a short vacation, i finally present you the video of our 3rd race of the season. 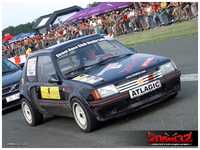 and here's a quick update about our promotional outing to a large local track race event: 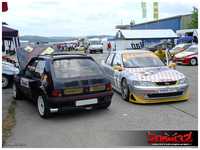 while Phase 7 is still in progress, it's time to start another Phase:

the twin-engine concept has proven itself with standard engines,
so now it's time to start adding power, with help of booooosssstttt


the first part of the Phase 8 story is all about acquiring the most important parts: 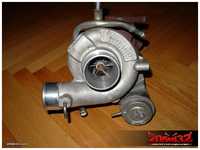 and getting custom bits and pieces made too!


you can find the first part of the story (with 32 pics) on THIS PAGE.

in a quite eventful second part of the Phase 8 story, MegaSquirt ECU gets built up: 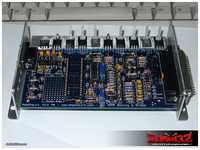 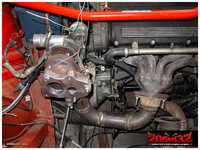 and VEMS WBO2+EGT system gets installed and running: 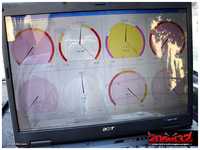 you can find the second part of the story (with 32 pics) on THIS PAGE.

the third part of the Phase 8 story!


we get the engine running, with fueling managed by MegaSquirt ECU: 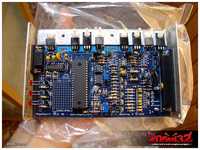 then we turn our attention to boost cooling setup: 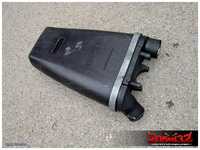 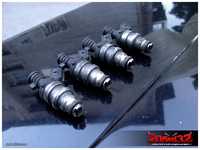 you can find the third part of the story (with 32 pics) on THIS PAGE.

you can watch the engine start-up video here: 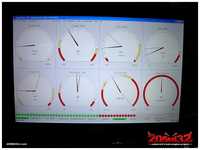 just a little explanation, as the story makes it look like we're
doing a whole turbo conversion in just a weeks time

- Phase 8
updates are not "in real time", we've been doing preparations and
gathering parts for a few months but i've decided that it's best
to present it all logically grouped and arranged step by step,
at the same time as actually doing the conversion

the fourth part of the Phase 8 story!


in this update - turbo mounted, exhaust made and chargecooler installed: 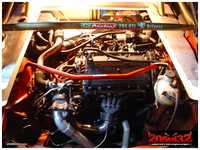 you can watch the turbo engine start-up video here: 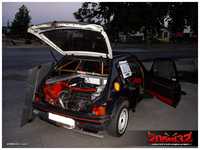 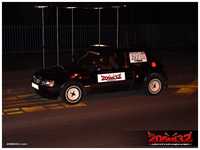 
the test drive was successful, so we headed off for the 2nd day of the race!
http://www.205gtidrivers.com
Top

sorry for the long delay, i've been very busy lately.


here's the story about our 4th competition event of the season: 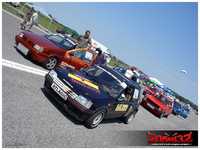 after completing the turbo conversion on the rear engine only
the previous night, we decided to go to the 2nd day of the event.

you can see the full picture story (with 32 pics) on THIS PAGE.


and here's the video clip that goes with the story: 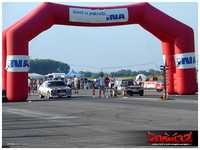 Return to “Everything Else”